Gaming Bots, a force for good or evil in the gaming industry?

The newly released Chapter 2 of Fortnite and the inclusion of bots has led to a wider discussion in the Bryter office about the role of bots in gaming. Article by Matt O'Brien

How bots can address gamer’s frustrations around skill-gap

Epic Games have been tight-lipped on Fortnite ‘Chapter 2’ with there yet to be a release of the official patch notes, perhaps encouraging the player community to explore the game on their own terms and discover for themselves the new season updates. However, a growing number of fans have commented on how easy the opponents are and the unexpected number of Victory Royale’s being achieved; leading to rumours of the introduction of AI opponents, which has been inevitable since the Fortnite team alluded to bots back in September.

With the game boasting 250 million total players in March 2019 and reaching a peak of 78.3 million monthly active users, the community has developed an unavoidably wide skill distribution across their player base. To the extent that new players are facing serious frustrations with the skill gap – becoming overwhelmed while attempting to learn the basics of the game. 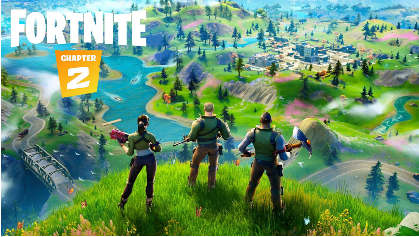 This rumoured introduction of AI opponents addresses this issue, providing a bridge for new users between learning the game and competitive gameplay. A battle with easier AI opponents gives new users a greater opportunity to kill enemies, get used to the build mechanics & explore the map; overall a more enjoyable experience than repetitive early deaths at the hands of more experienced players.

Importantly, creating an enjoyable experience for new users will see higher retention rates within early gameplay & lead to more active users, which is facilitated through bots.

PUBG appears to have addressed this issue for some time, similarly with an unconfirmed but widely speculated use of bots for new users, particularly for their mobile platform. As a result, players have more opportunity to learn while also being more likely to experience positive feedback from the game with easier opponents. The success of this is perhaps manifested through PUBG having ~500 million users on mobile; approximately twice that of Fortnite mobile.

With both PUBG corporations & Epic Games holding back from any official confirmation of bots, it appears both games are keen to create a positive experience for new players, while maintaining the illusion of authentic gameplay – possibly so new players don’t feel ‘cheated’ out of their win.

The flipside of using bots in gaming

On the flip side, the role of bots in gaming has not necessarily had an absolute positive impact, a great example is in online poker. Within poker, humans often enjoy playing off emotion – however, bots following Game Theoretical Optimum (GTO) play poker based on mathematical reason. GTO uses calculated game behaviours to take advantage of emotional gameplay and play in a ‘safe’ manner that minimises opportunity to be exploited itself.

Bots using GTO strategy exploit the human element of the game and see emotional gameplay as a weakness – which is usually a defining pillar of enjoyment in a game of chance. 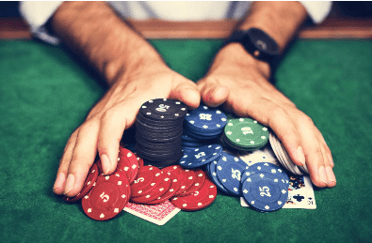 In addition, the use of bots in MMOs offer another example of how the technology can be exploitative. Across games such as World of Warcraft, Diablo & Final Fantasy bots are programmed to ‘farm’; these automated farm-bots harvest resources, gain XP, currencies or loot. As a result, players can use this exploit to accelerate game progression while AFK or even sell in-game currencies within the game or on third-party markets on sites such as USFINE, Sythe or OPSkins for money.

This can have a frustrating impact for gamers experience who can have a lack of human interaction, hours of game progression matched effortlessly or see a decline in their resource value after the game’s economy is flooded – all at the expense of bots.

Summary: Overall the role of AI bots in gaming can be regarded in a similar way to the AI industry as whole: either enhancing the human experience or replacing it.

Bots can have a varied impact on how people interact and their experience within gaming. For new players they can enhance the experience, allowing beginners to learn the mechanics and ease into the game in a less-pressured environment, while avoiding the brunt of endless repetitive deaths at the hands of experienced gamers. Acting as a bridge between learning the game and facing true competitive gameplay.

Whereas, in online poker bots can look to exploit the emotional side of human gameplay based on mathematical modelling and simulate endless hours of gameplay in MMOs for game progression and to accumulate in-game currency for monetary value; both removing the human side of the game.

To find out more about how Bryter helps gaming companies succeed contact matt.haydock@bryter-uk.com.