Do JAK inhibitors have potential in blood and bone marrow cancers? 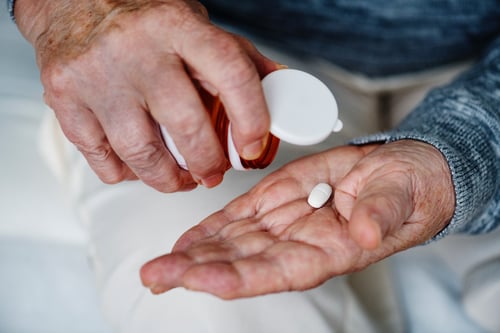 In a recent survey conducted by Bryter, it was found that six-in-10 hematologists agreed that JAK inhibitors have the potential to be a breakthrough treatment for blood and bone marrow cancers.

This likely stems from the fact that they are an orally administered agent, targeting the JAK-STAT pathway. Aberrant JAK/STAT signaling has been identified to contribute to cancer progression and metastatic development.

The scientific community is currently investigating which blood and bone marrow cancers could most benefit from JAK inhibitors. So far, potential has been seen in myeloproliferative neoplasms such as myelofibrosis and polycythemia vera.

Toxicity is however a concern. Last year it was found that JAK inhibitors being used to treat myelofibrosis may lead to the development of lymphomas.

Bryter explored the impact of this further in their survey, which revealed that of the 50% of hematologists who were aware of the finding, half reported concern about the toxicity profile/ safety of JAK inhibitors.

Further details are highlighted in Bryter’s full article, which further explores hematologists’ thoughts on where the best potential for JAK inhibitors lies and any concerns around toxicity that they might have. Click on the link below to download the full results and analysis

The health and nutrition industry is constantly evolving, influenced by trends that emerge as a result of ever-changing ...

END_OF_DOCUMENT_TOKEN_TO_BE_REPLACED

At Bryter Labs, we are always experimenting with new techniques for market research. We’re passionate about providing th...

END_OF_DOCUMENT_TOKEN_TO_BE_REPLACED

The way we get the attention of doctors and consultants is changing. Bryter’s latest report, Digital Strategies for HCP ...