We take a look at some of the big gaming trends for 2019 and some of hte key questions we need to be asking...

Passion for the past 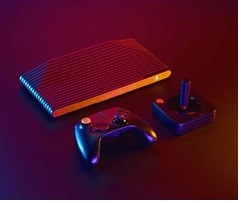 Nostalgia has been a big trend recently (i.e. the comeback of oversized bomber jackets, crop tops and platform trainers), and we’re set to see more of this in the gaming industry in 2019. While advancements in technology mean the quality of games is improving all the time, there are still some of us looking to re-live the pixelated past of the classic Sega and Nintendo style games. Developers have answered this desire with recent releases of games such as Super Smash Bros. Ultimate and Crash Bandicoot, with even more to come in 2019; ToeJam & Earl: Back in the Groove, Yoshi’s Crafted World.

Resident Evil is another big franchise that is embracing 90s nostalgia, with the recent release of their 20-year old hit Resident Evil 2. The remake hasn’t just polished up the graphics and mechanics, it has built on the game’s original framework and actually ‘remade’ it.

Even 80s gaming pioneer Atari are looking to make a comeback in 2019, with their crowd-sourced console: Atari VCS.  While others like Nintendo have already launched reproductions of their retro consoles (Nt Mini and Super Nt), these are essentially just platforms to play old Nintendo games.  With this nostalgia comes big expectations, for example take the PlayStation Classic released in late 2018. It was met with mixed to negative reviews as the short menu of 20 games lacked too many big names to truly live up to the ‘Classic’ label. Atari, on the other hand, are looking to bring back the old favourites (such as Rollercoaster Tycoon and Driver), but also build on these to create new gaming experiences. It is set to be a brand-new console that enables users to stream web-based content and access online-multiplayer experiences.

For once, the hottest new things may actually be the oldest.

Find out how we can help you capture genuine feedback from your customers/ players, as well as  potential new players, around their experiences and expectations. 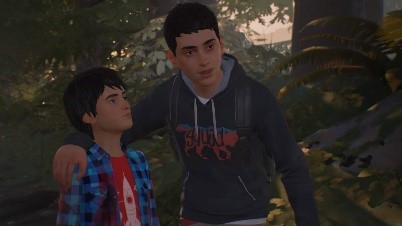 Some games have played around with this for a while – take the Mass Effect games, Until Dawn and Life is Strange – where players can choose from a variety of responses and reactions in the game, which then influence how the story may play out. We’re even seeing it in other media, like Netflix’s Black Mirror: Bandersnatch. Viewers were able to make choices at key points of the story, which influenced the ending.

Players want more from their games. Particularly those players who have been playing franchises for a while; they want to know their favourite characters in-depth, and hear more from other characters, to really feel immersed in that world.

2019 is likely to see more choice-driven games with complicated storylines, giving players more of what they want.

VR and AR are here to stay 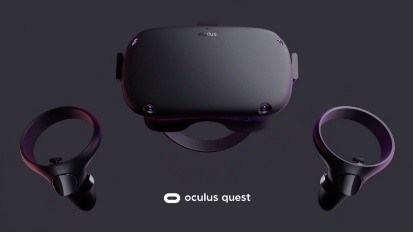 This may seem like a bit of lazy entry, as most trend pieces over the last few years have seen some form of VR or AR development or prediction, but hear me out... Since bounding back onto the scene a few years ago, VR got everyone excited for the next generation of immersive gameplay. However, this soon fizzled out as players realised the kit was expensive and bulky, and the number of games was limited (thanks to developers not wanting to take the risk of making fully VR games).

But VR is not ready to give up just yet - 2019 is likely to see VR grow further, as developers continue to work on the quality and ease-of-use of these products. Lenovo and Oculus have already launched their own midrange VR headsets - the Mirage Solo and Oculus Go - that are also self-contained (so no fear of tripping over wires). Many say the launch of Oculus Quest this year (another mid-priced, standalone VR headset but even higher performing) will finally make VR more mainstream.

AR is often closely linked with VR, so it’s no surprise that we’ll also see further development in the AR sphere in 2019. AR has already had some great gaming success stories - take Pokémon Go and Harry Potter: Wizards Unite – superimposing graphics on to players’ natural environments allows players to access these immersive experiences from their mobiles, at home or out and about.

In 2019 we are set to see further AR capabilities, such as objects maintaining a fixed area on a screen, and perhaps 3D characters interacting with each other. Thanks to the accessibility and convenience of AR via mobile, and the developments being made, it is likely to soon surpass VR in terms of mass adoption. However, this can only help VR become more mainstream as the two are closely connected.

We use in-home interviews to build a detailed picture of current users and how they interact with their gaming devices. Supported by quantitative studies to understand the broader market, and to identify opportunities.

Mobile gaming sales have increased significantly in recent years, helped by improved smartphone graphics and processors, but it is set to grow even further as more hardcore games and original AAA titles expand to mobile. Take Blizzard’s recent release of Diablo Immortal; 7 years after Diablo III, the next instalment built a lot of anticipation. The team finally announced at Blizzcon 2018 that it would be released on mobile …and only mobile. Yes, they suffered a pretty big backlash from hardcore fans of the Diablo series about this move to mobile, however, it does reflect the changing market.

I don’t think mobile tries to offer the same experience as gaming on console, but it does offer something different – convenience. For that reason, it isn’t a case of one or the other, but rather offering a gaming experience that is cross-platform. Recent success of cross-platform games such as Fortnite, and announcements like Mario Kart Tour coming to mobile later in 2019, suggest that this year will see more opportunity to blur the lines between platforms.

We help clients across the game development process; from focus groups around early concept development, to AB playtesting to identify key features and mechanics, as well as quantitative insights to help shape launch strategies. 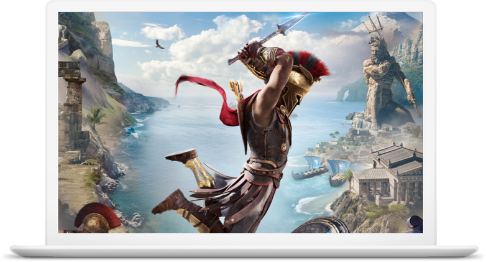 This advancement has the potential to open up a new part of the market – players who previously didn’t have PCs that could support these graphic-intense games, but who want to play these bigger games.

Bryter conduct a variety of online surveys; from quick turnaround 5 minute surveys, to 20 minute in-depth surveys. We can target specific gaming profiles, both within the UK and in multiple markets globally. 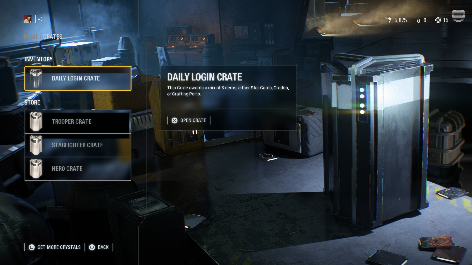 The PEGI (Pan European Game Information) has been working on tighter regulations for this over the last year, recently introducing a new rating icon on physical games to notify players that there are in-game purchase possibilities.

EA learnt from this a little too late perhaps, with reviews of their Star Wars Battlefront suffering due to the amount of loot boxes, but other developers will certainly be taking this into consideration for  2019. For example, CD Projekt Red have already been quite vocal about their upcoming 2019 game Cyberpunk 2077 not including microtransactions. Cyberpunk 2077 is already hotly anticipated but this good publicity will certainly increase the hype.

Where this topic of monetisation is likely to create the biggest challenges in 2019 is in mobile gaming. Most mobile games are free or cost minimal amounts, and therefore rely on in-game purchases for revenue. With regulations likely to become stricter, mobile developers will need to explore other revenue-generating methods. One such area set to grow in 2019 is in-app video ads (e.g. asking players to watch short video ads in order to receive in-game rewards). Larger brands are also opening up to mobile app advertising, rather than just focussing on desktop or mobile web campaigns.

We help clients better understand consumer attitudes in order to identify how best to position new services or features. With a wealth of experience in measuring ad awareness and call to action, we also help clients find out where, when and how to reach consumers.

To find out more about how to understand these trends amongst your target audience, please get in touch jenny.mcbean@bryter-uk.com

END_OF_DOCUMENT_TOKEN_TO_BE_REPLACED

Perhaps first we should look at what midcore games are… typically on the mobile game spectrum, at one end we have casual...

END_OF_DOCUMENT_TOKEN_TO_BE_REPLACED

This year’s Fortnite world cup made the media rounds with its prize pool of around £25 mil. The winner, Bugha, got close...