This year has already seen a number of positive announcements for gender diversity in games. Several more AAA titles, such as Assassin’s Creed Odyssey, Battlefield V and Wolfenstein: Young Blood announced the inclusion of playable female characters. We’re also seeing the return of popular characters such as Lara Croft in Shadow of the Tomb Raider and Ellie in The Last of Us Part II. Of course, female characters have long been a feature of great games, but often in supporting roles; either as an unnecessary sidekick or as the damsel in distress (Princess Peach anyone?). 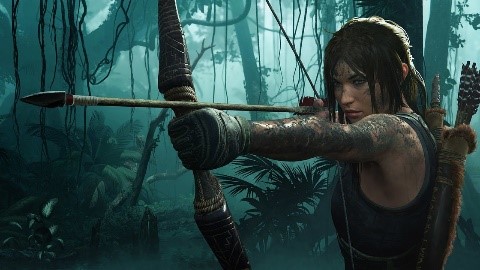 Strong, relatable characters can play a significant role in a game’s success. However, in one of our recent studies, we revealed that just 3 in 10 female gamers tend to feel they can relate to female characters. The majority (71%) felt that female characters are often oversexualized and 3 in 5 felt there are not enough strong female characters in games.

I recently attended the European Women in Games conference in London which highlighted the lack of female professionals in the gaming industry, but also showed the great work that is already being done to change this, by educating and inspiring current and future generations.

It seems that this kind of positive progress is already being recognised amongst gamers too; 42% of the female gamers we surveyed felt the depiction of female characters has improved in recent years and 40% felt that more games are being designed with females in mind.

It is clear that the industry is starting to recognise the diversity across its players and the need to develop games that cater to this. The difficult part now is finding the right balance; it doesn’t need to be a case of a game for males, a game for females, but rather offering a mix of diverse characters so that it is fun for everyone. Encouraging more diversity within the industry itself will help to do this.

Jenny McBean is Research Manager at Bryter, specialising in consumer technology and gaming research. For more information on how we support brands navigate the digital landscape, please contact jenny.mcbean@bryter-uk.com

Doctors often give out information leaflets to educate patients about their condition. But are those always being read? ...

END_OF_DOCUMENT_TOKEN_TO_BE_REPLACED

My experience as a UK citizen navigating the US healthcare system, by healthcare director Ben Gibbons

Recently, I moved from London to New York with my wife and 3-year old daughter. Before starting pre-kindergarten, my dau...

END_OF_DOCUMENT_TOKEN_TO_BE_REPLACED

Not serving solely as a destination to pick up prescription and non-prescription drugs from, pharmacies offer a variety ...