The Internet of Pointless Things 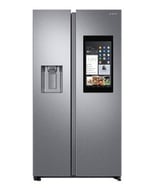 The internet of things is promising to revolutionise our lives, it will automate our homes, drive our cars for us, free up time to do the things we want to do instead of have to do, make us safer, more productive, more efficient and generally better people. It will do this through automation, artificial intelligence and by tracking and monitoring our behaviour. Our smart home and kitchen will help us cook and manage the household, our smart car will get us where we need to go quicker and more safely than before, and our health tracking bracelet will monitor our physical well-being and help us to live longer healthier lives. 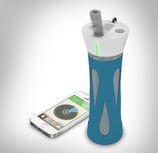 But what about our smart water bottle that, er, tells us how many times we drank water that day, or our smart condom that monitors our... well never mind about that. Yes, the internet of things is promising to revolutionise our lives, but like all times of great innovation there’s an awful lot of stuff that’s getting made just because it can be.

Let’s have a look back to another period in time. The Victorian era was a time of great progress and innovation. Edison, Stephenson and Brunel were all active in developing some of the most ground-breaking innovations of our time. We also saw the first photograph (1835), the first bicycle (1839), the first telephone (1876) and the first underground train (1863). 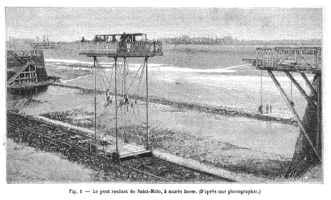 But there were also a lot of other inventions that have not really stood the test of time. The combined knife and fork, the swimming machine, the automatic smoking machine, the rolling bridge.

Why build a bridge when we can build a bit of a bridge and drag it back and forth?

Many of these inventions suffered from the Victorian mindset of taking something and reworking it to make it unnecessarily complicated. So, the simple act of pouring a bottle of wine, is replaced by placing the bottle in a metal harness and using a complicated system of levers and dials to tip the wine bottle so it pours into the waiting glass. I know this from experience as I picked up one of the ludicrous objects in an antiques shop and gifted it to my dad one Christmas. It works, sort of, except it makes a simple act more complex and takes about ten times as long as just picking up the bottle and pouring it. Oh, and it drips wine on the tablecloth too.

Hop forward two hundred years and here we are again. Only it’s not pulleys, levers and steam that are driving this brave new world of innovation. It’s the internet and connectivity. If we can connect it to the internet it’s now considered to be smart, and that in itself seems to be enough justification for some manufacturers to go ahead and make these products.

A smart fridge that can monitor what is inside, tell you when the food is going to expire, suggest recipes and then order more items when they run out. OK, I’m buying it. There’s something useful here (or at least potentially useful once it gets fully up and running). 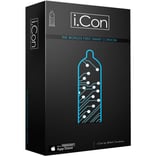 But the smart water bottle that tracks my daily water intake, tells me at which times of the day I’m drinking water and how much at each time. Seriously, what problem is this really solving? Are there great hordes of people collapsing dehydrated in the street for want of a tracking device that prompts them to drink more? Is it even interesting as a piece of data in the same way as monitoring how many steps we took that day? And the smart condom, is there anyone out there that seriously wants to track this stuff?

If you’re looking to inject a bit of romance into your relationship, there’s nothing like hard data.

This approach of smartifying products, just because we can, has obvious parallels with the Victorians and their desire to mechanise or overengineer existing products just because the technology was available to do so. So, what’s the future of all this? Well, I think we can expect to see certain smart tech innovations become part of our everyday lives, and quite quickly we’ll wonder how we ever lived without them. But I would fully expect to see the likes of the smart water bottle, smart condom, smart iron, smart hairbrush and the rest of their kind to end up residing in the great graveyard of pointless inventions, alongside the Victorian porthole umbrella and ventilating hat.