One of the more famous examples dates back to British colonial rule in India. The government at the time sought to reduce the cobra population by offering a bounty for each dead cobra brought in. As well as killing cobras, this resulted in the enterprising local population breeding cobras in order to claim the bounty. Once the British got wind of this, they promptly cancelled the programme. 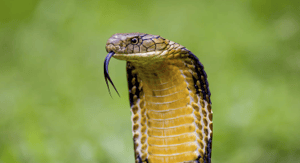 The result: A load of now worthless cobras being released into the wild and total cobra numbers going up not down. This example is so famous it’s now referred to as ‘The cobra effect’, a term now synonymous with unintended consequences.

If history has taught us anything it’s that humans are prone to not learning from history. There is an endless trail of gaffs that are the indirect result of well-intentioned public policies.

A modern day example can be seen in government efforts to tackle obesity and the increase in lifestyle diseases like Type II diabetes. These are major health concerns for developed nations like the US, and fast food is seen as one of the major culprits in the rise of these lifestyle related conditions. 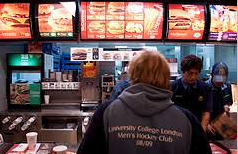 So, pressure is brought to bear on the fast food chains to start labeling their products with nutritional information and the calories associated with each of their products. The thinking being that if you give the public all the information about what’s in the food this will enable them to make better, healthier choices. Sounds good in theory, but this can actually result in the total amount of fast food and calories being consumed going up not down.

As consumers peruse the menu and assess the calories of each of the products on offer, they may not go for the most calorific dish, but they still choose something that is by objective standards unhealthy and high in calories. But, by making this relatively healthy choice (vs. the most fattening thing on the menu) they believe that they have made a healthy choice. This in turn results in them buying these food stuffs more frequently, and then rewarding themselves with further calorific treats as a reward for their earlier ‘healthy’ choices. The result: greater consumption of fast food and a higher total calorie intake. Unintended consequences once again.

It’s not just public policy that should consider unintended consequences. There are some important lessons in here when ideating and designing new products. It’s important to think about what unintended consequences could occur as a result of the new idea or design before bringing a product to market. When doing so we should be breaking this down into two key questions.

Firstly, will this product actually do what it is intended to do and meet the consumer’s needs? For example if you are designing a fitness app or product, will it actually help the buyer get fitter and lose weight? If it doesn’t, then there is a good chance that the product won’t have much longevity.

The key lifestyle recommendations for prevention of conditions like Type II Diabetes, Coronary Heart Disease and Stroke is almost always the same – quit smoking, lose weight and exercise more. Evidence has shown that step counters alone have very little overall effect on a person’s weight. One of the unintended consequences of achieving 10,000 steps in a day is that the user may be less likely to moderate their diet because they have achieved their daily steps goal.If their ultimate goal is to get fit and lose weight a step counter by itself may not be the best product for the job

Fitbit experienced this first hand and saw its sales and share price fall by decline by 90% as consumers gave up on wearing the devices within a relatively short space of time, and the company failed to innovate beyond the basics of counting steps and measuring heart rate.

Secondly, it’s important to identify if the nature and design of the product or service can have negative or unintended consequences outside of what the idea is intended for. Selfie sticks exploded in popularity as they addressed a need for people to be able to take better pictures of themselves when out and about.

What wasn’t foreseen though was the negative backlash that would occur as a result of the excesive use of them. They quickly became seen as invasive, and also emblematic of a rise in narcissistic behaviour. Although they are still widely used, their popularity has declined significantly as the unintended consequences of their use became apparent. People don’t like the negative identity that comes with ownership of these items so shy away from using them.

At Bryter when we work with clients to help them develop and test new ideas, we will always help them think about and explore what the unintended consequences of their new idea might be. It’s just one of the many ways in which new ideas should be challenged and tested before launch

To find out more about how we help clients ideate and test their ideas, get in touch with us using the book an appointment option below.

Seb Martin is UK MD of Byter, get in touch directly at seb.martin@bryter-uk.com.

END_OF_DOCUMENT_TOKEN_TO_BE_REPLACED

Bryter case study: What we can learn from the death of curved TV

We’ve researched a lot of new technology here at Bryter, and we were lucky enough to work on a project looking at Curv...