The games industry is booming, but focus has been turning to one region in particular – Asia. Many companies, from big AAA producers, to smaller indie developers, are recognising the opportunities in these markets and racing to get in on the action.

The APAC region is the biggest by game revenues, set to produce $72.2 billion in 2019, accounting for 47% of the global total. China has long been the most dominant market in this region, which, despite various government regulations in recent years, has seen continuous growth. The growing popularity of eSports here is also making it a very interesting market. China accounts for around 57% of the global audience, and with the introduction of the category into the 2018 Asian Games, as well as eSports academies opening up throughout the country, the trend is set to continue.

This rise in eSports is also fuelling the games industry in Southeast Asia, with Indonesia set to host the next SEA leg of the Mobile Legends Cup. The ‘Big 6’ of SEA (Indonesia, Malaysia, Philippines, Thailand, Singapore, Vietnam) may only take up a small proportion of the global games market, but they are currently the fastest growing markets, thanks in part to their booming economy, and increasing middle-class population and penetration of smartphones.

For Western developers, these Asian markets are very attractive right now, not only due to their current growth but also player behaviours. Players in these markets are often amongst the most engaged and likely to make in-game purchases. Their competitive nature and desire to show their achievements, means players are often very willing to spend in-game in order to progress more quickly.

However, this market has not been easy for Western developers to crack, resulting in two eastern developers dominating here; Tencent and NetEase. One important factor in Western games succeeding in Asian markets is game localisation. Localisation is a lot more than just translating the language in a game, it’s about tailoring the game to match local audiences, by incorporating cultural differences. This can be anything from adapting character names, character appearances and other visual game assets, to different soundtracks, or even game mechanics.

Let’s look back at Nintendo’s Kirby as an example; for years, Kirby had two different personas on the game boxart. In Japan, Kirby was a pink and loveable character, which fit with the trope of bright colours and cuteness often seen in Asian media. In the US however, in order to appeal to a more hardcore, warrior-style game culture, Kirby was given a more serious demeanour, simply by adding eyebrows.

Making relatable characters can be key to a game’s success but the definition of relatable can be very different across markets. Take the mobile game Subway Surfers for example, in order to appeal to the Chinese market, the developers iDreamSky replaced the original main character with a more familiar figure, based on the Monkey King, a well-known literary character in China. They also adapted the game visuals to replicate Beijing’s subway, and used items with cultural significance in order to make the meaning or role of different elements more clear (e.g. using red envelopes, “hongbao,” for coin bonuses).

iDreamSky also noticed differences in the way Chinese players played the game; namely, they were not using the skateboards as much as other markets. After some initial research, they discovered that players did not understand that they had to double tap to activate the boards. A new tutorial was added but this failed to improve activation, so eventually a button was added specifically for the Chinese market, which lead to a 20% increase in skateboard activation.

Another key element that can vary greatly across markets is the perception of themes, in particular, violence and sexual content. With their expansion into the Asian market with Rainbow Six Siege, Ubisoft have been adapting some of the visual assets in the game in order to tone down the level of violence portrayed. Although sometimes subtle, these differences can have significant impact on the success of a game. 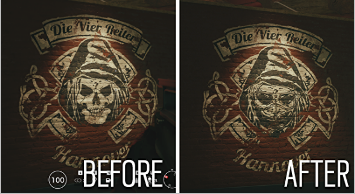 Game mechanics and features can also be adapted to fit with varying player behaviours and motivations. Mobile developer Nika Entertainment found that players in Japan tend to be extremely competitive and enjoy sharing their accomplishments with other players. Based on this, Nika Entertainment have added more notifications in some of their games for the Japanese market that tell players when their friend broke their record or completed more levels.

Game localisation can be a long and costly process, but one which can reap significant rewards in terms of sales and brand permanence if done effectively. At Bryter, we help brands understand their different audiences across markets, in order to identify cultural nuances and therefore shape effective strategies for product development and marketing.

To find out more about how Bryter can help you understand and win in the Asian gaming market, get in touch: jenny.mcbean@bryter-uk.com